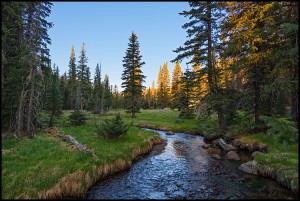 The Apache and the Sitgreaves National Forests were administratively combined in 1974 and are now managed as one unit from the Forest Supervisor’s Office in the town of Springerville. The 2 million-acre forest encompasses magnificent mountain country in east-central Arizona along the Mogollon Rim and the White Mountains.

What makes this forest so special? Its the water – and plenty of it – draining the high mountains and forming numerous lakes and streams, making it a fisherman’s paradise, or for anyone else who enjoys a lakeside view coupled with a beautiful, mountainous backdrop in the arid Southwest.

The Apache-Sitgreaves has 34 lakes and reservoirs and more than 680 miles of rivers and streams – more than can be found in any other Southwestern National Forest. The White Mountains contain the headwaters of several Arizona rivers including the Black, the Little Colorado, and the San Francisco.

The Sitgreaves was named for Captain Lorenzo Sitgreaves, a government topographical engineer who conducted the first scientific expedition across Arizona in the early 1850’s. On the Sitgreaves, the major attractions for visitors from the hot valleys of Phoenix or Tucson are the Mogollon Rim and the string of man-made lakes. From the Rim’s 7600-foot elevation, vista points provide inspiring views of the low country to the south and west.

In the last century, the U.S. Army established a series of forts in New Mexico and Arizona. To supply these forts and settlements, a military road was built linking Sante Fe, New Mexico and Camp Verde near Prescott. Part of this road, called the General Crook Trail, runs almost the length of the Sitgreaves and in many places follows the brink of the Rim.

The Apache National Forest is named after the tribes that settled in this area. It ranges in elevation from 3500 feet near Clifton to nearly 11,500 feet on Mount Baldy. The congressionally proclaimed Mount Baldy, Escudilla, and Bear Wallow wildernesses and the Blue Range Primitive Area make the Apache one of America’s premier backcountry Forests. The Apache is also noted for its trout streams and high-elevation lakes and meadows.

With the abundance of natural beauty one can take in on a hike or setting up camp, along with the rich history of this vast area, what’s not to love?