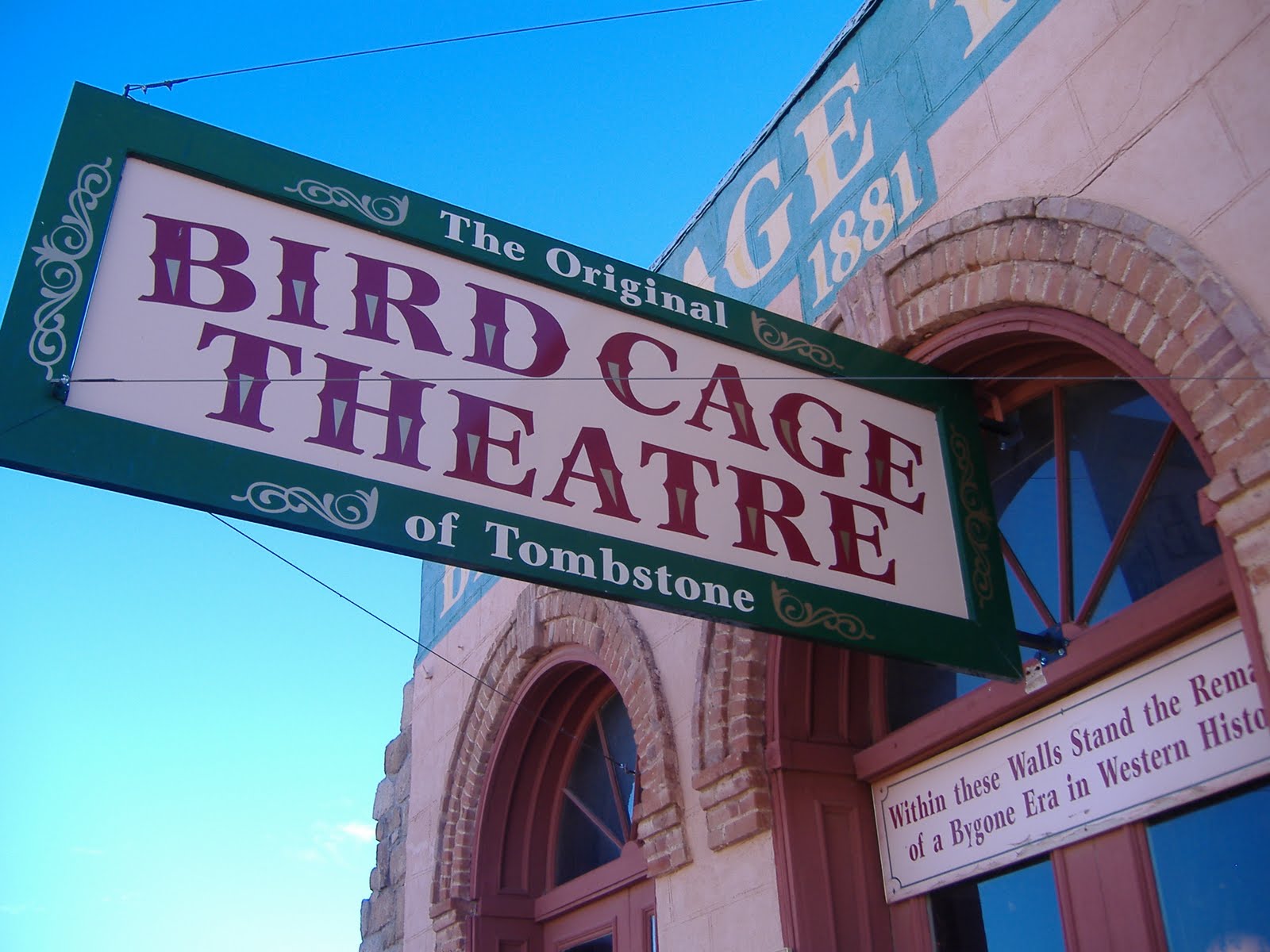 The Bird Cage Theatre was opened on December 26, 1881, by William “Billy” Hutchinson and his wife Lottie. Its name apparently referred to the fourteen “cages” or boxes that were situated on two balconies on either side of the main central hall. These boxes, also referred to as “cribs”, had drapes that could be drawn while prostitutes entertained their clients. The main hall contained a stage and orchestra pit at one end where live shows were performed.

Its name was briefly changed to the Elite Theatre after it was acquired by Joe and Minnie Bignon in 1882 before being changed back to the Bird Cage Theatre.

The Bird Cage Theatre operated continuously – twenty-four hours a day, 365 days a year – for the next eight years. It gained a reputation as one of the wildest places in the country, prompting The New York Times to report in 1882 that “the Bird Cage Theatre is the wildest, wickedest night spot between Basin Street and the Barbary Coast.” More than 120 bullet holes are evident throughout the building.

Aside from Lillian Russell, many other famous entertainers of the day were alleged to have performed there over the years, including Eddie Foy, Sr., Lotta Crabtree and Lillie Langtry. In 1882, Fatima allegedly performed her belly-dancing routine at the Bird Cage Theatre.

The basement poker room is said to be the site of the longest-running poker game in history. Played continuously twenty-four hours a day for eight years, five months, and three days, legend has it that as much as $10 million changed hands during the marathon game, with the house retaining 10 percent. Some of the participants were Doc Holliday, Bat Masterson, Diamond Jim Brady, and George Hearst. When ground water began seeping into the mines in the late 1880s, the town went bust, the Bird Cage Theatre along with it. The poker game ended and the building was sealed up in 1889.

The building was not opened again until it was purchased in 1934, and the new owners were delighted to find that almost nothing had been disturbed in all those years. It has been a tourist attraction ever since, and is open to the general public year-round, from 8:00 am to 6:00 pm daily.

The theater is said to be haunted and has been featured in the paranormal investigation shows Ghost Hunters in 2006, Ghost Adventures and Ghost Lab in 2009, and Fact or Faked: Paranormal Files in 2011.