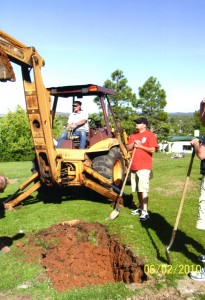 It is difficult to imagine that anyone can be passionate about digging graves, but Floyd Gilmore has dug more than 1,000 graves in the city-owned cemetery since 1976 as an independent backhoe operator. He finds the work fascinating and, sometimes, even exciting, because he “gets to do things no one else has ever done.”

“According to Arizona law, a body doesn’t have to be embalmed if it is buried within 24 hours of death,” says Gilmore. He recalls fielding a frantic call from a local mortician asking that a grave be dug within three hours—or miss the 24-hour window. The decedent, a white male, was buried wrapped in a handmade Indian blanket, a gift for his many years of working alongside Navajos and Apaches on their reservations.

Gilmore buried one of his grown sons in the same manner, whose last wish was to not be embalmed. He was assisted by his other three sons and grandchildren. Gilmore says, “It’s like a family tradition. My kids have always helped me dig graves.” 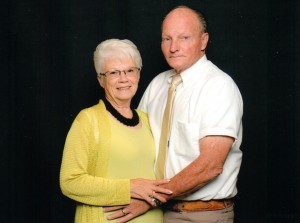 With almost 40 years of experience, Gilmore has disinterred graves across Apache and Navajo counties. Often, the graves are on private property and the new owners want them transplanted. One job was to disinter five graves—four children ages four to 11 and one uncle—who died from an influenza epidemic in the early 1900s. Similar to an archaeological dig, Gilmore and his grandchildren used whisk brooms to clear away the dirt from the remains buried in homemade pine caskets disintegrated by time and moisture. “Moisture is what causes decay,” says Gilmore.

As proof, he recalls disinterring the graves of a family buried in dry sand on a private ranch in Apache County.  The earliest, the father, was buried in 1876, the mother in 1890, and the children in early 1900. The pine boxes holding the decedents were intact and the mother was mummified, her clothes and blond hair otherwise uninterrupted by time.

Next time you visit a cemetery, check the headstones and see what intriguing story you might uncover.