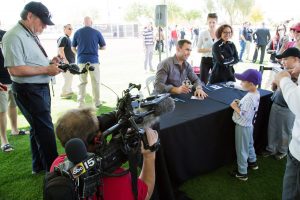 Youth baseball and softball players will now have the opportunity to play on an upgraded field, thanks to a generous donation from the Arizona Diamondbacks Foundation, APS, and Paul Goldschmidt The newly-upgraded field feature: new lights; an electronic scoreboard; new fencing and backstops; new irrigation, grass and dirt; as well as updated dugouts and bullpens. The upgrades to Falcon Park are valued at more than $500,000 and were completed at no cost to the city.

Paul Goldschmidt, nicknamed “Goldy”, is the first baseman of the Arizona Diamondbacks. With the team since 2011, Goldschmidt is a four-time Major League Baseball All-Star. He has won the National League Hank Aaron Award, Gold Glove Award, and Silver Slugger Award. 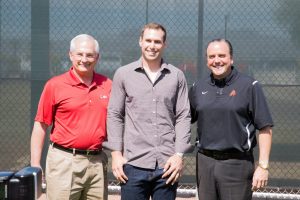 See more photos from the day’s events at the City of Goodyear Facebook page.