Arizona Cities Recognized for Use of Digital Technology 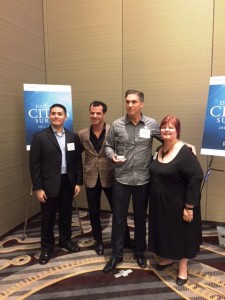 Several Arizona cities were recognized this week for their use of digital technology.

At the annual National League of Cities Congress of Cities, held this week in Nashville, five Arizona cities were presented with 2015 Digital Cities Survey Awards.

The City of Avondale, a first-place winner for the past three years, was recognized for its IT governance model, cloud-based disaster recovery and approach to cybersecurity. The Center for Digital Government recognized them for working with other local governments to participate in a transparency initiative that provides access to information for other cities within the state. 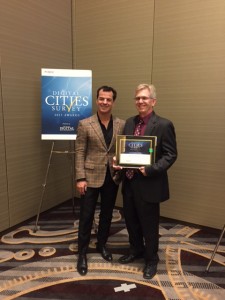 Goodyear and Marana also both received recognition within their population categories. 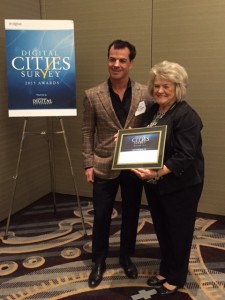 The CDG recognizes leading examples of cities using technologies to save taxpayer dollars by improving services and boosting efficiencies in the way of transparency and privacy (such as cyber security).

The survey focuses on 10 initiatives across four categories: citizen engagement, policy, operations, technology and data. Entries are reviewed and judged based on a set of criteria and how well the cities implemented these services.