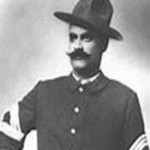 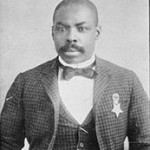 Throughout the period of the Indian Wars, about 20% of the U.S. Cavalry troopers and 8% of the infantry soldiers were African American. The Buffalo Soldiers rose above the challenges of harsh living conditions, difficult duty, and racial prejudice to gain a reputation of dedication and bravery. Thirteen Medals of Honor were awarded to Buffalo Soldiers during the Indian Wars, and five were awarded during the Spanish-American War. Stationed on the U.S. frontier from the 1860s to the 1890s, Buffalo Soldiers played a major role in the settlement and development of the American West.  Following the first Buffalo Soldiers, African American regiments later served in the Spanish-American War, Philippine Insurrection, Mexican Punitive Expedition, World War I, World War II, and the Korean War. In the 1950s, African American regiments were disbanded when all military services were integrated. At that time, for the first time, black and white soldiers served together in the same regiments.