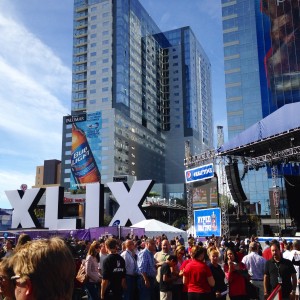 Phoenix has become a destination for popular events. Most recently, the downtown Phoenix area served as the main hub for the 2015 Super Bowl, hosting an array of events, concerts, and activities related to the big game. Photo from City of Phoenix.

Downtown Phoenix is hot in more ways than you can imagine!  As the urban heartbeat of the city, downtown is pulsing with activity. Riding the wave of the recent Super Bowl successes including Super Bowl Central and the NFL Experience, downtown is a vibrant sought after destination!

“The Super Bowl was the perfect event to showcase Downtown Phoenix and we really opened a lot of eyes,” said Phoenix Mayor Greg Stanton. “Over the past decade, there have been nearly $4.7 billion in investments to revitalize the downtown core. The results speak for themselves — world-class shopping, entertainment and restaurants, METRO Light Rail, a top 25 convention center and more than 3,500 hotels rooms with a lot more to come.”

The new amenities in the area allows visitors to experience the Downtown Difference! 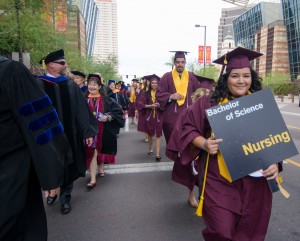 The Arizona State University Downtown Campus is home to more than 10,000 students. The downtown area is home to the Walter Cronkite School of Journalism, College of Public Programs, College of Nursing & Health Innovation and the future home of the Sandra Day O’Connor College of Law. Photo from City of Phoenix.

Downtown Phoenix has more than 4,800 residential units, 9,000 permanent residents, and a workforce of 64,000 daily.  The Arizona State University Downtown Campus, which opened in August 2006 with 2,766 students, now has more than 10,000 students enrolled. The campus, which is continuing to expand, is home to the Walter Cronkite School of Journalism, College of Public Programs, the College of Nursing & Health Innovation and other notable programs.  The new law center, which will house the Sandra Day O’Conner College of Law, is expected to open in the fall of 2016. 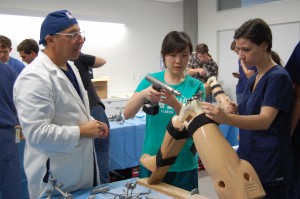 Serving as an education capital, Phoenix is home to remote campuses of rival universities, Arizona State University and University of Arizona. The Phoenix Biomedical Campus provides advanced training to students from the U of A College of Medicine. Photo from the City of Phoenix

Education thrives in Downtown Phoenix!  The Phoenix Biomedical Campus (PBC), the city-owned campus sits on 30-acres providing advanced medical training to students at the UA College of Medicine and doing cutting-edge research at the Translational Genomics Research Institute (TGEN). The campus looks forward to the opening of the 220,000 square foot $100M outpatient cancer treatment clinic operated by the UA Cancer Center and the St. Joseph’s Hospital and Medical Center, later this year.

Downtown Phoenix is hot and attractive to new residents.  High-rise projects such as 44 Monroe, Arizona’s tallest residential high-rise, opened its doors in 2008 offering 196 condos.  The Summit at Copper Square, the second tallest residential tower, overlooks Chase Field, offers 165 condo units. Downtown Phoenix residential developments continue to grow.  Portland on the Park, is the anticipated urban project that will include 170 luxury condos and lofts in 3 structures ranging from 4, 12 and 14 story towers. The property is within walking distance of the Light Rail, Margaret T. Hance Park, and the Japanese Friendship Garden.  The West Fillmore redevelopment project, which began taking proposals from private sector developers in spring 2015, will be one of the largest developments in downtown history. The 7.5-acre site is expected to meet the demand for downtown living, providing provide homes for 1,000 new downtown residents in addition to retail shops and restaurants. 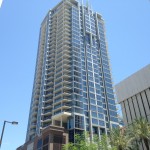 Phoenix is seeing many new residential high-rises opening in the downtown area.      Photo from City of Phoenix.

The METRO Light Rail runs right by Chase Field, home of the Arizona Diamondbacks. Photo from City of Phoenix

New employers and their employees are making Downtown Phoenix home.  Jay Geier, CEO of The Scheduling Institute recently opened his Arizona Headquarters in the Warehouse District and cited that the location’s close proximity to restaurants, hotels, and entertainment is ideal for his clients when they fly in to town. Convenient transportation is key to the explosion of downtown development.  The METRO Light Rail connects Downtown Phoenix to points throughout the city and the world.  The commuter train launched in December 2008 provides reliable transportation connecting passengers from West Phoenix to the East Valley through Downtown Phoenix with dedicated stops at the Convention Center and Sky Harbor International Airport.

Speaking of the Convention Center, the expansion of the facility and construction of the 1,o00-room Sheraton Hotel enables Phoenix to accommodate 80% of the association meetings market and attract high profile events such as the MLB All Star Fanfest, NBA All Star Jamfest, WWE Fan Axxess and notable conventions such as the NRA and U.S. Greenbuild.  In 2015, the Phoenix Convention Center welcomed the Super Bowl NFL Experience and looks forward to hosting fan fests for the College Football Playoffs in 2016 and the NCAA Final Four in 2017. 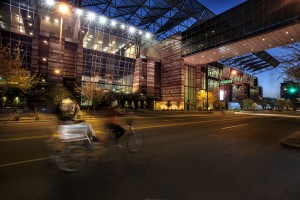 Downtown has something for everyone!  The redevelopment of Downtown Phoenix has redefined our city.  The Downtown renaissance provides lasting memories with lively indoor and outdoor activities at CityScape, including Lucky Strike bowling alley, Stand Up Live Comedy Club and a host of bars, restaurants and shops.  Sports fans will feel right at home at Chase Field where the Arizona Diamondbacks play and Talking Stick Resort Arena, home of the Phoenix Suns. Theater goers will enjoy visiting the Herberger Theater, Symphony Hall and the historic Orpheum Theatre.  Downtown Phoenix is more than a destination, it is a community that makes residents and visitors from around the globe feel right at home! 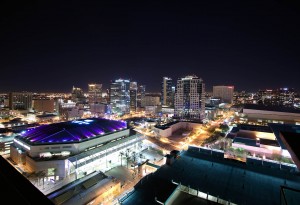