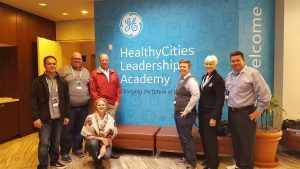 Representatives from the City of Goodyear at GE in New York.

The City of Goodyear was recently announced as one of only nine cities to win the GE HealthyCities Leadership Challenge!

The city was recognized for its plan of Goodyear Community Health Park, a community wellness area anchored by two West Valley hospitals and supported by a coalition of community partners in Goodyear. The 129-acre project is being developed through a collaboration between the City of Goodyear, Abrazo West Campus, Adelante Healthcare, Cancer Treatment Centers of America and Hickman Farms, among others. 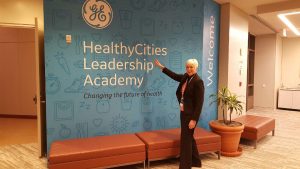 Goodyear Mayor Georgia Lord and Representatives from Goodyear recently traveled to New York for recognition of their efforts and to attend a workshop that kicks off a year-long learning collaborative with GE and other communities working on healthy communities projects.

Read more about the Goodyear Community Health Park at the City of Goodyear.

Photos from Pam Weir, Assistant to the City Manager, City of Goodyear 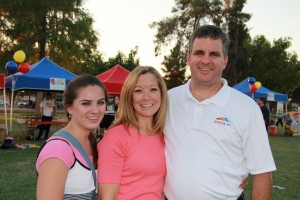 At the Arizona City/County Management Association’s Winter Conference Awards Ceremony, Mesa City Manager Chris Brady  was awarded the John J. Debolske Award, the highest honor that ACMA bestows upon an active Arizona city or county manager.  The namesake of the award, Jack DeBolkse, was the Executive Director of the League of Arizona Cities and Towns for 40 years, and was an advocate for the council-manager form of government.

Chris was recognized for his 25 years of service to the local government profession, and most notably his outstanding accomplishments in Mesa by partnering with the Mesa City Council, city staff and our residents in creating transformational projects to build a better Mesa.  As city manager, Chris steered Mesa through some of the most difficult economic times in recent history.  He made certain that Mesa would be in a stronger position to progress during and after the recession. Even during these times, in 2008, 2010, 2012, and 2013 the city was successful in having Mesa voters approve bonds for public safety facilities, utility infrastructure, streets, parks and cultural facilities to enhance the lives of Mesa residents.

Mesa has recently achieved great economic development success in extending light rail through downtown Mesa which will open in 2015 with another 2-mile extension planned to open in 2018;  recruited five liberal arts colleges to Mesa,  housing some of them in once vacant buildings; retained the Chicago Cubs and just opened the new Cubs Spring Training Complex and adjacent spectacular Riverview Park;  came to an agreement with the Oakland Athletics to rehab the Cubs former stadium so they can begin Spring Training in 2015; and brought an Apple manufacturing facility to Mesa. Through Chris’ leadership, these successes have gained Mesa national and international recognition as being tactically bold and forward thinking.

Chris was also recognized for creating a leadership pipeline, fostering the next generation of local government leaders and ensuring the future success of the city of Mesa by developing all levels of the organization. Chris regularly meets with college students to share his expertise, has created internship and full-time employment opportunities for recent college graduates, created the Executive Manager Program which rotates four city employees per year through the city manager’s office, and regularly shares Mesa’s best practices with other communities at national and state conferences.

“This is an incredible and unexpected honor.” Brady said, “I have devoted my professional life to public service and my experience in the city of Mesa over the last 8 years has been both challenging and rewarding. The community, city employees and elected officials have worked hard to bring many successful projects and initiatives to fruition.” 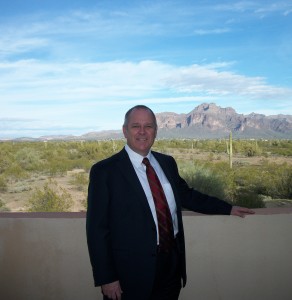 In Apache Junction, George Hoffman serves as the City Manager. Serving his community since 1987, Hoffman is an excellent leader, implementing long-lasting improvements and holding high ethical standards. He has prepared the community for growth, positively positioned the community with a low level of bonded indebtedness and demonstrated that Apache Junction is a community on the forefront with the first LEED Certified municipal building in Arizona.

George has not only benefited the citizens of Apache Junction; he strives to ensure positive and proactive partnerships with the business community, as well as other government entities in the region. Hoffman said that as city employees, they are “blessed to have responsibility for an organization and for a community.” He said that they “do not ‘own’ the organization, but we have the opportunity to serve others and to leave an organization and a community better than when we started.”

For his leadership and dedication, George recently received the 2013 Dwight W. Patterson Lifetime Achievement Award from the East Valley Partnership.

City managers like George are some of the many people who make Arizona cities and towns work! 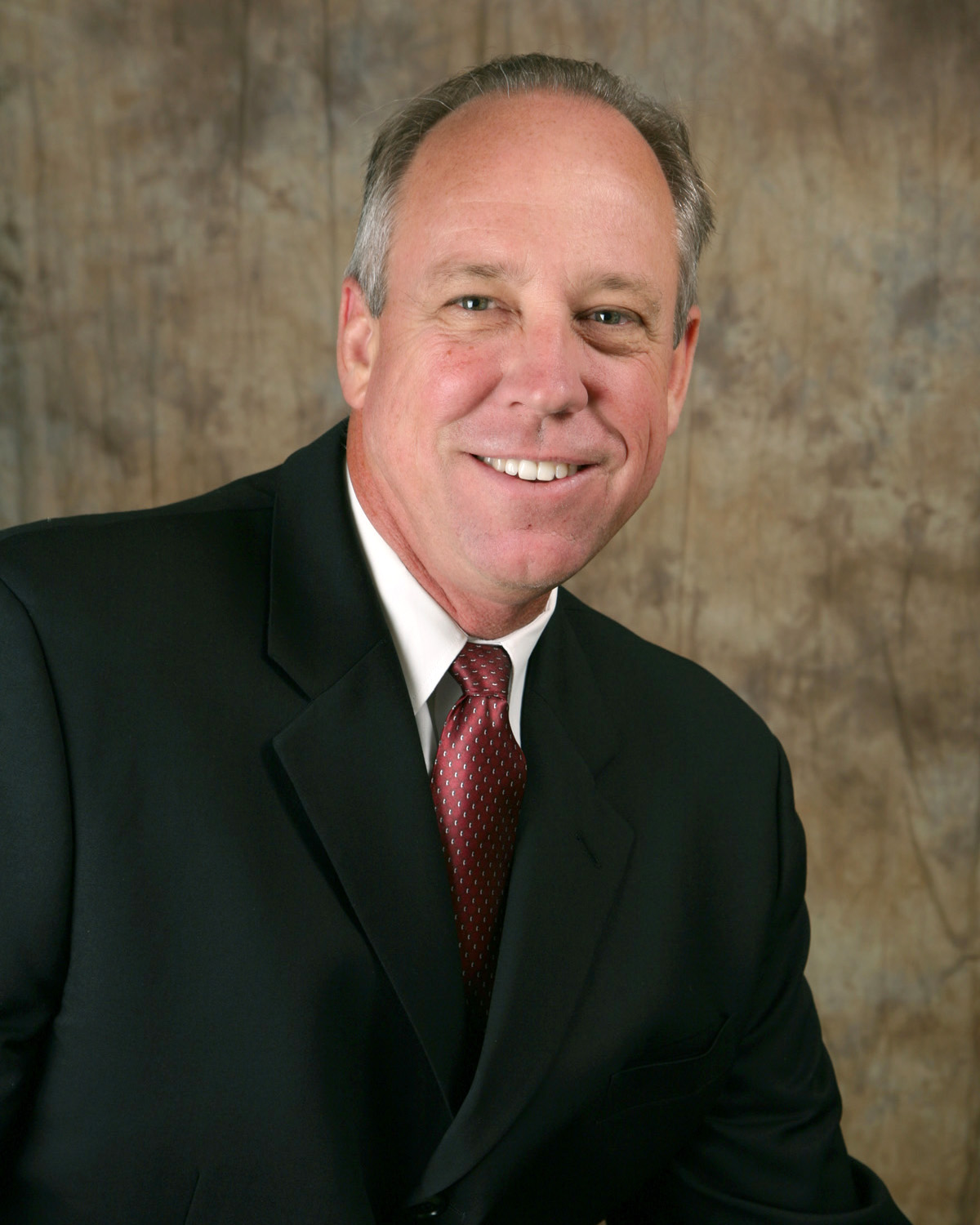 As the City Manager of Goodyear, Brian Dalke is always thinking about how to make the city better into the future. His forward-thinking attitude has been the guiding aspect for recently adopting a new city strategic plan and implementing a city-wide performance measure program.

He is also focused on the city’s residents, working with city employees to ensure that they are satisfied with the work their city is doing. He works closely with the Human Resources Department to develop an employee appraisal tool that is aligned to core customer service values. He has also started an initiative for Priority Based Budgeting, which will help facilitate meaningful communication between Council and staff about resources and their city initiatives.

Before becoming City Manager, Brian spent twenty years working for the city, learning the culture of Goodyear. He joined as an Economic Development Director, leading the small city as it made its mark in the West Valley. In his role there, he helped charge on many development agreements and projects that still continue to sustain the city.

His role in development continued as Deputy City Manager, where he oversaw key projects like the Estrella Falls Regional Mall agreement, which is slotted to bring a 1.2 million square-foot regional shopping center to the West Valley in 2016. In addition, the was instrumental in the development of the Goodyear Ballpark and Recreational Development Complex, which serves as a year-round economic engine for the community, and a venue for many events for the community to enjoy.

Brian likes to say that in Goodyear, they are in the “forever business,” and his guidance is ensuring Goodyear will be prosperous for many years to come. He is one of the many reasons Arizona Cities Work!