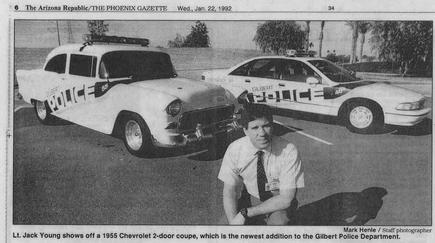 Arizona’s cities and towns are successful because of the wonderful people who work  to make them so great. The Town of Gilbert is no exception.

Jack Young is the longest-standing employee in the history of the Town of Gilbert. He recently retired after serving the community for more than 39 years. In his time with the town, he served as a police officer, code compliance inspector, building inspector and the wastewater quality inspector.

Jack started with the Gilbert Police Department in 1976 as an officer, which he says to this day was his favorite assignment. He worked his way up the ranks and eventually became a commander in 1998. Jack was even named as the Acting Police Chief for six months in-between a retiring and new police chief. 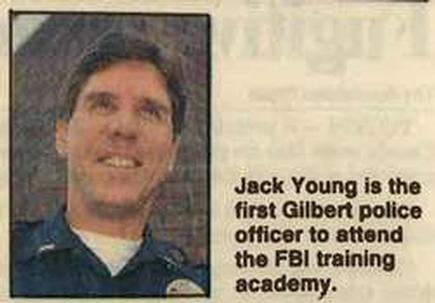 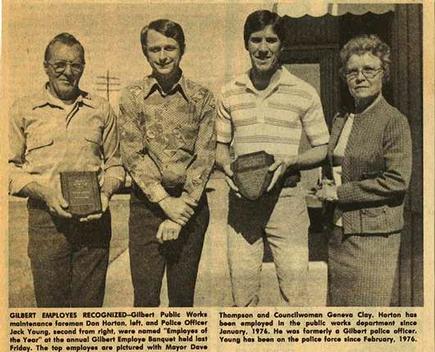 After 25 years with the Gilbert Police Department, Jack retired and quickly transitioned into his new role as Gilbert’s Code Compliance Inspector; a position he held for three years. He later transitioned to work as a Building Inspector and after four years ventured on to Gilbert’s Public Works Department as the Wastewater Quality Inspector.

Jack is a prime example of Gilbert’s Vision to provide “Best in Class” service. He has won several awards during his time at the town including Police Officer of the Year (1977), Town Employee of the Year (1998), and the Town’s Pioneer Award for his work on Gilbert’s first Continuous Quality Improvements (CQI) Steering Committee.

Jack is one of many individuals who help Arizona cities & towns work each and every day. Congratulations, Jack! 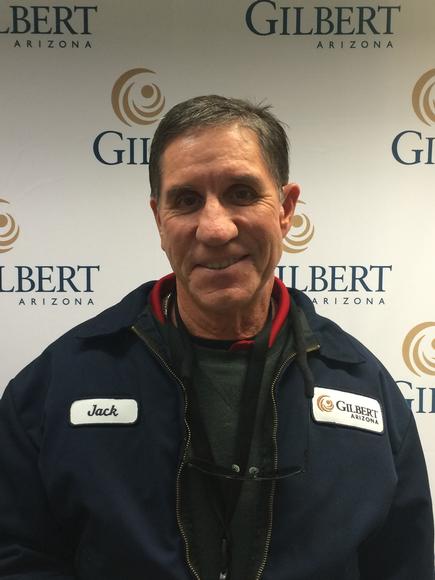