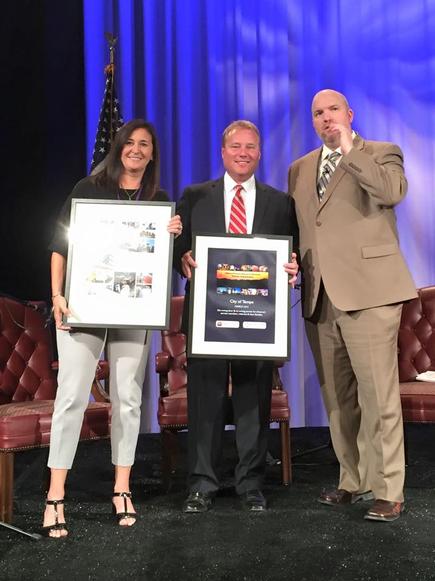 The Arizona Department of Veterans’ Services and the Arizona Coalition for Military Families will recognize the City of Tempe during the inaugural Arizona Roadmap to Veteran Employment Summit.

The summit, a collaborative effort of public and private sector partners led by the Arizona Department of Veterans’ Services and the Arizona Coalition for Military Families, launches a statewide initiative to connect service members, veterans and their families to employment opportunities, training and resources.

The City of Tempe will be named the first Arizona Veteran Supportive Employer, a designation of the Arizona Roadmap to Veteran Employment for efforts to improve quality of life for veterans and their families. Additionally, Tempe will be announced as a Military/Veteran Resource Network Partner Organization, making it the first city in Arizona to earn this designation, based on the Guidelines for CARE for counties, cities and towns.

“Local veterans and their families sacrifice so much to serve our community. Tempe’s programs and services are a great way to show our gratitude and give back,” said Mayor Mark Mitchell. “Our military service members deserve personal and professional success. Our goal is to ensure they have the tools and support to help them achieve their dreams.”

The Tempe City Council unanimously voted to establish the Tempe Veterans Commission on Jan. 8. On Feb. 28, the city formalized the partnership with the East Valley Veterans Education Center through a Community Resource Fair and Celebration. Last month, the City Council adopted a resolution to pursue an affordable housing project for veterans. Additionally, in October, Tempe launched the eighth Veterans Court in Arizona. 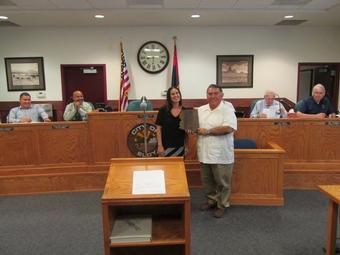 The Water Infrastructure Finance Authority of Arizona (WIFA) selected the City of Eloy to receive WIFA’s 2014 Drinking Water Project of the Year award. WIFA presented the award at a special presentation during the City of Eloy Council Meeting on Monday night.

The 2014 Drinking Water Project of the Year was for the Houser/Toltec Waterline Improvement Project, a $2 million infrastructure project to address inadequate water distribution infrastructure in the western portion of Eloy. The project included upgrades to the existing booster station and replacement of undersized water mains.

“Through water management planning and investments in water infrastructure improvements like this, the City of Eloy is able to provide a reliable water supply to its residents and the businesses within their community,” said WIFA Board Chairman Henry Darwin, who is also Director of the Arizona Department of Environmental Quality.

The project was selected for an award based on advances the City of Eloy made to ensure system reliability, their excellent project management and commitment to protecting public health in Arizona through water infrastructure improvement.

“The City of Eloy’s staff did an excellent job managing this project, even through the transition of Public Works Directors,” said WIFA Executive Director, Sandy Sutton. “We’re very pleased to acknowledge their achievements and hard work with this award.” 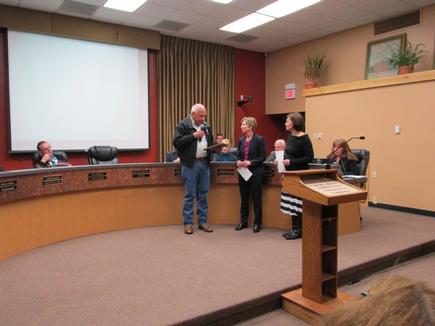 For the second consecutive year, the City of Avondale came out on top in the 2014 Digital Cities Awards. Run by the Center for Digital Government and publisher e.Republic, the awards are a competitive honor with hundreds of municipalities contending each year. The program recognizes cities that use technology to engage their citizens, provide exceptional municipal services, innovate, and collaborate.

Avondale Mayor Kenneth Weise will accept the award on behalf of the city at a special ceremony during the National League of Cities Congress of Cities in Austin, Texas, on November 20th.

Avondale received first place honors in the 75,000 – 124,999 population category. Avondale has placed in the top-ten of the Digital Cities Awards for four straight years with first place honors in both 2013 and 2014, earning recognition as a community that applies technology well in everything from operations to community relations to public safety.

“Avondale is demonstrating continued success in supporting our residents and businesses through technology,” said Rob Lloyd, the city’s Chief Information Officer. “We have an exceptional City organization that takes pride in working together to render superior services and achieve the City’s vision. It’s humbling to receive such a prestigious honor and to share a stage with impressive cities from across the nation that share in the public service mission.”

Avondale’s key efforts in 2014 were a community-driven and social media-supported branding effort with local citizens and businesses; innovative progress on cybersecurity and Green IT; the City’s action-oriented strategic planning process; and joint work with other communities in the areas like cybersecurity.

Said City Manager Dave Fitzhugh: “Our advances in technology are a core component of our larger efforts to sustain Avondale as a strong, growing community. Avondale’s forward-thinking residents, city leadership, and staff make this level of consistent achievement possible.”