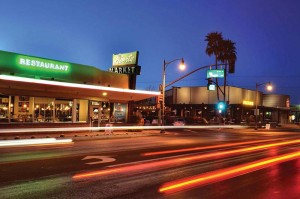 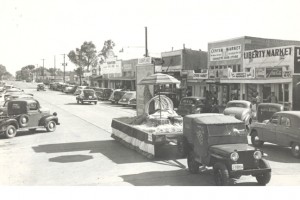 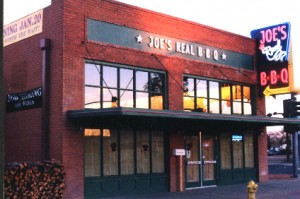 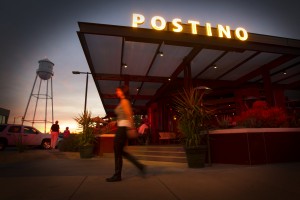 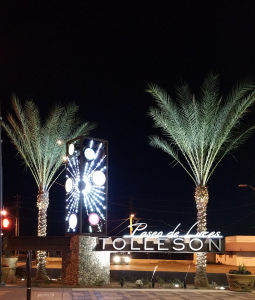 The Paseo de Luces revitalization project opened in 2014. Photo from the City of Tolleson

The 2014 revitalization project of Downtown Tolleson into Paseo de Luces has spawned into an entertainment destination that people want to experience. Paseo de Luces (Path of Lights) is more than a downtown; with its family-style seating, it has become a gathering place for all people.

Visiting Paseo De Luces offers the opportunity to enjoy an amazing art collection designed and fabricated by West Valley Fine Arts Council’s Gallery 37. This collection consists of seven sculptures that comprise the Paseo de Arte (Path of Art), which embodies the city’s past, present and future. 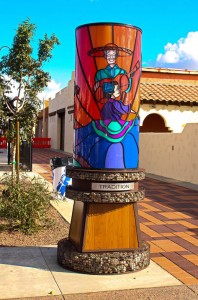 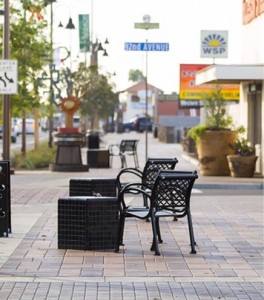 Paseo De Luces offers family-style seating, making it a gathering place for all people. Photo from City of Tolleson

In 2015, the West Valley Arts Council recognized the City of Tolleson as its Champion of the Arts for including this art collection as a staple in the new downtown design, as a symbol of the community’s commitment to the arts. In addition to this remarkable artwork, Paseo de Luces has a Central Plaza with a water feature, free Wi-Fi and a sound system that plays music all year long. 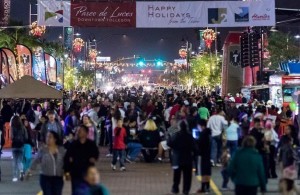 Crowds gather to celebrate the holidays in the new Paseo de Luces. Photo from City of Tolleson