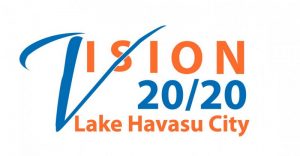 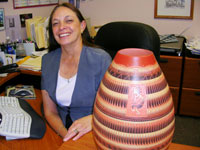 How many years have you served as a clerk? 18 years

Where are you originally from? Ignacio, Colorado

What is the most rewarding part of your job? To have our department be recognized by citizens for our exceptional customer service.

What is your favorite memory as a city/town clerk? Being recognized by the AMCA for Municipal Clerk of the Year in 2006. 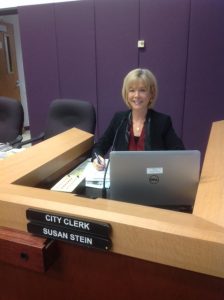 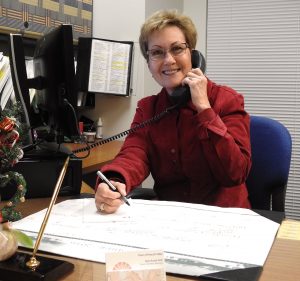 How many years have you served as a clerk?  Deputy town clerk for nine years and town clerk 13 years.

Where are you originally from?  Born in St. Louis and grew up in Parry Sound, Ontario, Canada.

What is the strangest/most unique task you have had to perform as part of your duties?  Snake catcher!  When a little red racer snake was slinking across the floor in our records center everyone deserted me, leaving me to catch it and take it outside.

What is the most rewarding part of your job?  Mentoring those who will follow me in the municipal clerk profession is something I enjoy doing.  Nothing is more rewarding than helping a ‘new recruit’ discover that continuing education leads to success. 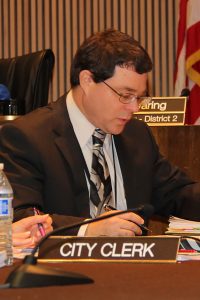 How many years have you served as a clerk?  24 years in the city clerk department with five years as city clerk.

Where are you originally from?  Indianapolis, Indiana

What is the craziest question you have been asked by a resident?  A voter asking about the procedure to change their vote the day after the election.

What is the most rewarding part of your job?  Working with other clerks and staff who are so dedicated to serving the public, and being able to assist people who are uncertain about where to go or are intimidated about interacting with government when they need information or records. 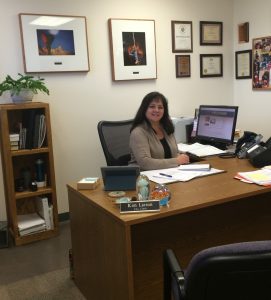 How many years have you served as a clerk?  Eight years in department and three and a half years as clerk.

Where are you originally from?  Boulder City, Nevada

What is the most rewarding part of your job?  Being able to serve the citizens of our city, working with city council, preserving the records for the city’s history, and initiating new ideas and programs to streamline the workload.

What is your favorite memory as a city/town clerk?  One of my most favorite memories was the second grade class coming to city hall to learn about elections.  The mayor was present and talked to the students about an election, and when he asked if there were any questions, they all wanted to know about the large key on the wall and what it opened! 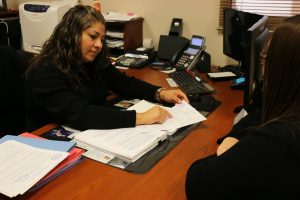 How many years have you served as a clerk? 11 years

Where are you originally from?  Salinas, California

What is the craziest question you have been asked by a resident?  I was asked if the city clerk’s office could send someone to sweep a street that contained gravel.

What is the most rewarding part of your job? The ability to be a helpful resource and provide service to internal and external customers in an ethical, impartial professional and excelling manner. 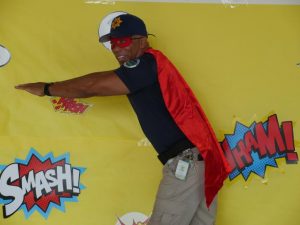 We love hearing the stories about the great men and women working in Arizona’s cities and towns!

Town of Queen Creek Park Ranger Ron Jones is just one of those exceptional individuals who is committed to delivering the best service and providing awesome quality of life for the residents of his community.

Ranger Ron is one of four park rangers in the town whose primary role is to patrol and be the eyes and ears of the town. They also serve as the direct link between residents and parks, interacting with the public, answering questions, and educating youth about parks programs. He has been with the town since 2004.

Read more about Ranger Ron and the many extraordinary individuals working in the Town of Queen Creek:  http://www.queencreek.org/Home/Components/News/News/10133/13?backlist=%2f

In honor of Arizona Cities & Towns Week, we’re recognizing the men and women who make Arizona’s cities and towns work! These are the people who work tirelessly to ensure that stoplights keep blinking, water keeps running, trash is picked up, libraries stay open, parks stay clean and services are provided to residents and visitors all hours of every day.

Among the many men and women who make the City of Phoenix a great place to live, work, play and visit, there are seven exceptional individuals we’re highlighting this week.

John Tomazin, Firefighter and Paramedic: John was hired as a firefighter recruit in 1997, leading to 19 years of working on fire trucks across the city of Phoenix. He now works as a program manager for EMS, supporting paramedics and EMTs to have the best tools and technology.

Marilyn Barr, Facility Contract Compliance Specialist, Public Transit Department: Not only does Marilyn ride the bus to and from work, she rides it 20 times a month as part of her job. While riding, she looks for missing signs, broken marquees and even makes sure drivers are wearing their seat belts.

Ashley Hare, Arts Learning Director, Phoenix Office of Arts & Culture: Ashley helps decide how public funding is used for various arts and cultural events around the city. She works with more than 160 local groups, the state arts commission and schools on various projects.

Rob Ostos, Senior Utility Technician, Water Services Department: An employee with the City of Phoenix since 2002, Rob builds, maintains and repairs all things involved with the city’s sanitary sewer systems. He operates a variety of equipment for work including dump trucks, front loaders and rodders.

Fernando Felix, Neighborhood Specialist, Neighborhood Services Department: Felix has been with the City of Phoenix for nearly two decades and serves as the liaison between the neighborhoods, community groups, nonprofits, residents and the city. 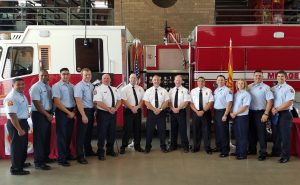 Congratulations to the City of El Mirage’s eight new firefighters!