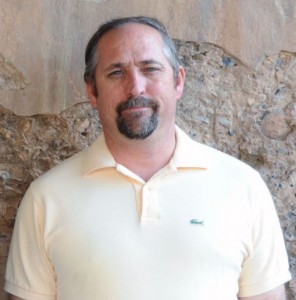 People find their careers and their passions through a variety of different ways. For Douglas Graeme, he was born into it.

Doug Graeme’s storied history with the city began in 1883 with the arrival of his great grandfather, who came into town looking for work. Over the next several decades, he settled and raised a family in this town, growing a passion for its history.

Doug was born years later in Bisbee and took his cues from generations past, as he spend much of his free time exploring, collecting artifacts and learning about his city’s history.

Together, with his siblings, Richard W. Graeme IV and Emily Grame Larkin, Doug helped write a book about Bisbee’s history. Inspired by the past of their own family members, the siblings took to paper to share tales about copper mining, natural disasters, and the people who came to settle and grow the popular southern Arizona community.

Bisbee is an old mining city in southern Arizona, rich in history and culture. Their account of the city’s past incorporates the geological significance of finding copper ores, the major influences of Native America culture, presence of early culture like opera houses, rodeos and saloons, and the tragedies that occurred during the early days of mining camp.

In addition to sharing Bisbee’s history through the written word, Doug serves as the Queen Mine Tour Operator for the City of Bisbee. Approximately 50,000 people a year visit the Queen Mining Tour to commemorate Bisbee’s prosperous mining heritage and experience what it was like working underground.