Culture and Connection in Downtown Nogales 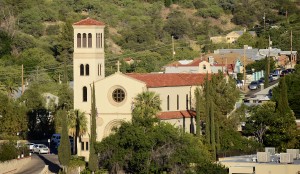 Skyline view of Downtown Nogales. Photo from the City of Nogales

At the southern point of Arizona, just a stone’s throw from Mexico, the City of Nogales is a center of culture and connection. Downtown Nogales is filled with historic architecture, unique local stores and restaurants, and picturesque views.

Morley Avenue is home to classic boutique department stores and local shops, serving as the nucleus of the Nogales Downtown. Owners of the shops hail from all over the world, each with a unique story and collection of goods. Avenida Obregon is a peek at another world of shopping – small shops, vendors, restaurants and clubs give this area character of “Old Mexico” and many annual festivals are held right here. 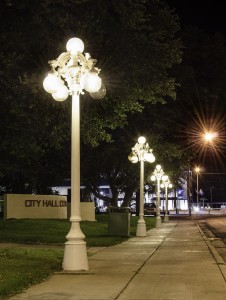 Nogales City Hall serves as the political center of the city. Photo from City of Nogales. 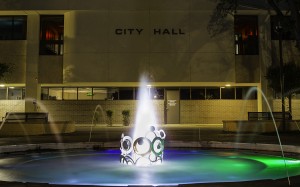 The park in front of City Hall boasts the Santa Cruz County Wall of Honor, a splash pad for children, and an LED fountain. Photo from City of Nogales.

Visitors will also experience history and architecture, with the Historic 1904 Courthouse and Old City Hall and Pesqueria and Ochoa Plazas offer areas of activity, arts and culture for visitors and residents alike. 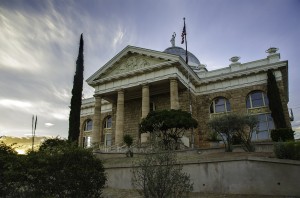 Historic 1904 Courthouse, an architectural masterpiece that houses a gorgeous period courtroom. Photo from the City of Nogales.